The Girl Who Thought Her Mother Was a Mermaid 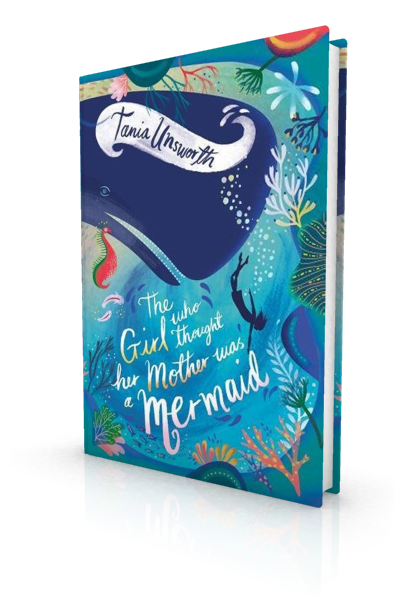 Even though she's terrified of the sea, a girl who believes her mum might have been a mermaid runs away to the ocean to solve the mystery of who she really is.

Stella is the odd one out. She sleepwalks, is terrified of water, yet obsessed by the ocean. Her mum who died when Stella was eight remains the biggest mystery of all. Who was she and why did she give Stella a necklace called 'the word of the sea' before she died? Nobody can give her any answers. Her father is consumed by grief and her grandmother's memories are fading with dementia.

When Stella's only friend in the world, Cam, moves house, Stella runs away. She's determined to find out who her mum was and who she is too. She ends up in the Crystal Cove, a run-down aquarium with a mermaid show. There she meets Pearl who reveals disturbing secrets. It's only by facing her fear of the ocean that Stella will truly uncover the truth.

This is an exquisitely imagined story about a girl on an adventure above and below the waves.

“Lyrical writing with a hint of dark magic in a tale of grief, loss and finding yourself.”

“It’s hard not to get caught in the current of this magical tale about family and identity.”

Children’s Book of the Week.

“The story is teasing and suspenseful, and written with vivacity and elegance, and the danger is resolved in a way that is uplifting.”

Buy The Girl Who Thought Her Mother Was a Mermaid