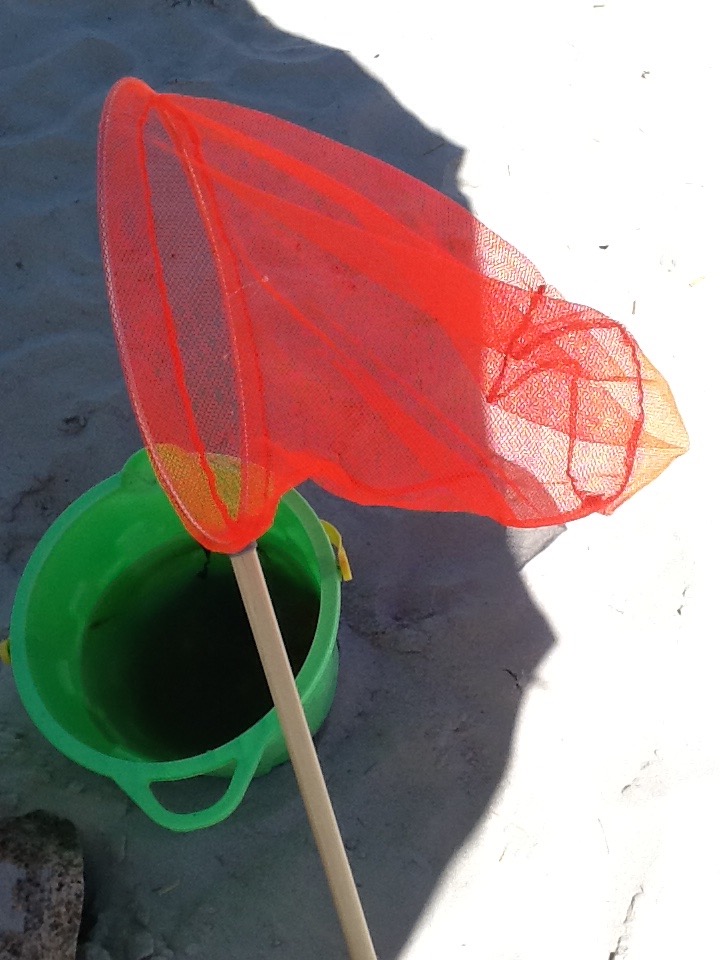 Why do we catch things and put them in buckets?

When we go to the beach, my son and I always go looking for crabs. They hide below rocks, sheltered behind curtains of seaweed. You have to use the handle of the net to flush them out, and then scoop them up before they scuttle away. When we catch one we tip it into our bucket, which has sand and a few pebbles at the bottom, so the crab will feel at home, then we put the bucket under the shade of the beach umbrella. We stare at the crab for a while, before deciding on a name.

“I think this one’s called Eggwood,” my son says.

Eggwood’s pincers make a scrabbling sound against the plastic wall of the bucket. He tries to burrow into the half inch of sand in a futile effort to hide. Being in this bucket was not part of Eggwood’s plan for the day.

After a couple of hours, we carry the bucket back down to the rock pools and release our captive. And I wonder, like I always do, why we had to kidnap him in the first place. We could after all, have admired Eggwood’s mottled shell and lethal, orange pincers in the safety of his rock pool. It’s true that he was fun to hunt. But if it was only that, we would have let him go as soon as we had caught him.

No. We put him in our bucket because we wanted his company.

In The Little Prince, the fox says that in order to make friends with anything, you have to tame it. “It is an act too often neglected,” the fox tells the Little Prince. “It means to establish ties.”

We wanted to establish ties with Eggwood. It was as simple as that.

The ocean is a different place when it contains a crab that you have named.