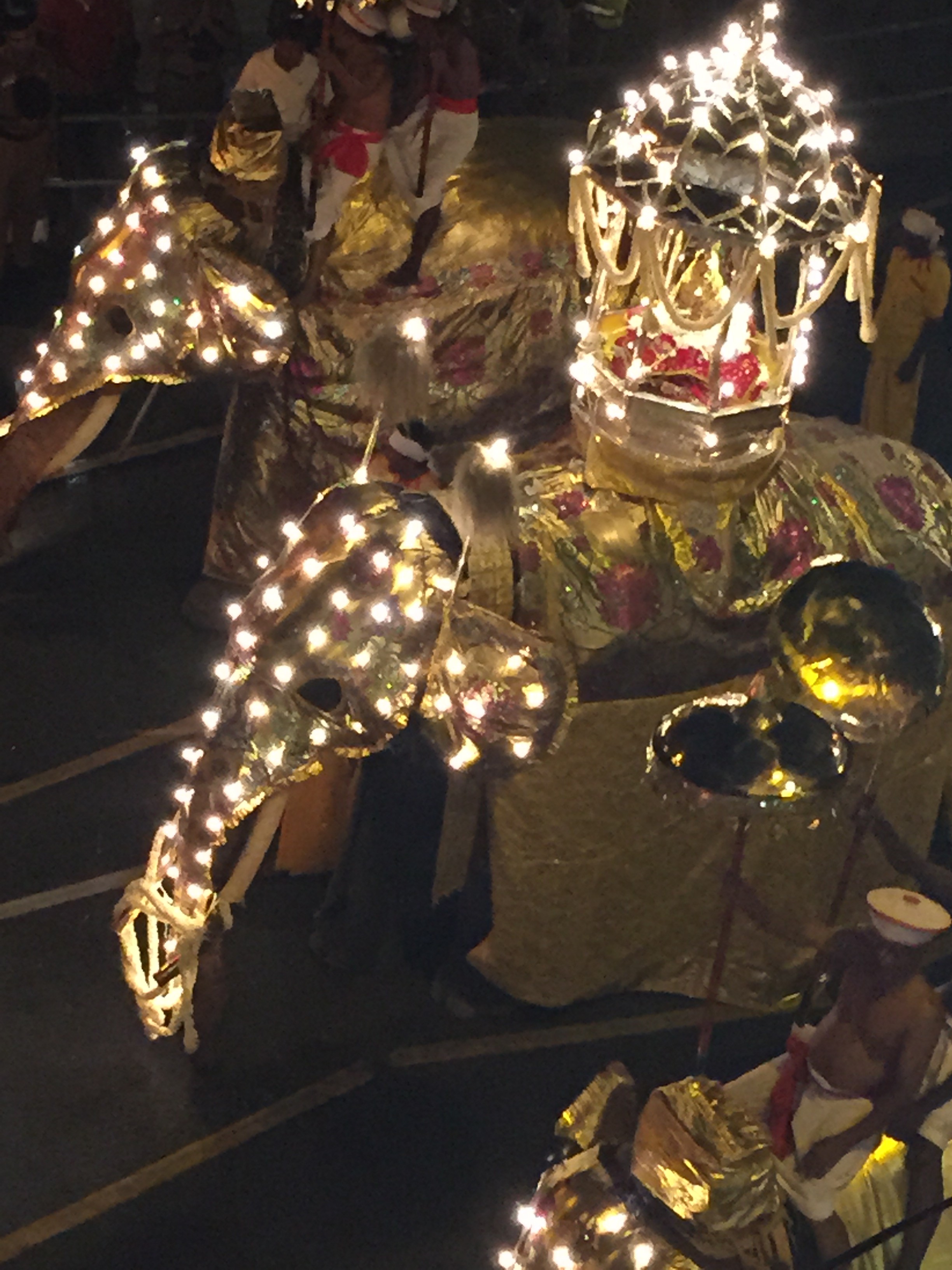 If you’d never seen a cow before, the sight of one would be incredible. But after you’d seen a hundred, they’d become, well…just cows.

This summer, on holiday in Sri Lanka, I wondered if it was the same with elephants. Elephants are all over the place in Sri Lanka, many living wild. I saw them from a distance – one wading through water lilies, another shaking the branches of the trees as it fed – and I saw them up close. A family crossed the track in front of our jeep, three females, a baby, and a large bull that barreled out of the undergrowth and made our driver sharply accelerate to get out of its path.

I saw larger groups on the edges of a shallow lake, the animals earth colored, as if the land itself had taken shape and was on the move. Another day, a single wild elephant emerged onto the road to beg food from passing cars. There were captive elephants too. One stood in a town square. Another lay in a river, being washed by its attendants. Three or four were eating – unhurried, dexterous – in a temple courtyard.

Every time I saw one, it was the same. My heart beat faster, I took pictures. I gave up taking pictures. I searched for words and came up short.

Towards the end of the holiday, I went to the Kandy Perahera, a ten-day festival in which dancers, fire jugglers, drummers and elephants paraded down the street every night. The elephants were draped in bright, embroidered cloths. Their trunks were hung with fairy lights. They carried costumed riders and glittering shrines on their backs.

The parade went on for hours and after a while I grew tired of the dancers, the flaming torches, the oily smell of kerosene. But I couldn’t take my eyes off the elephants. Their weighty patience, their magnificence, the sheer, improbable, splendid fact of them. I must have seen a hundred but it didn’t seem to make a difference. Pictures were still useless, words still came up short.

Except for these: There’s no such thing as just an elephant.

So now I know.

One response to “Just elephants”