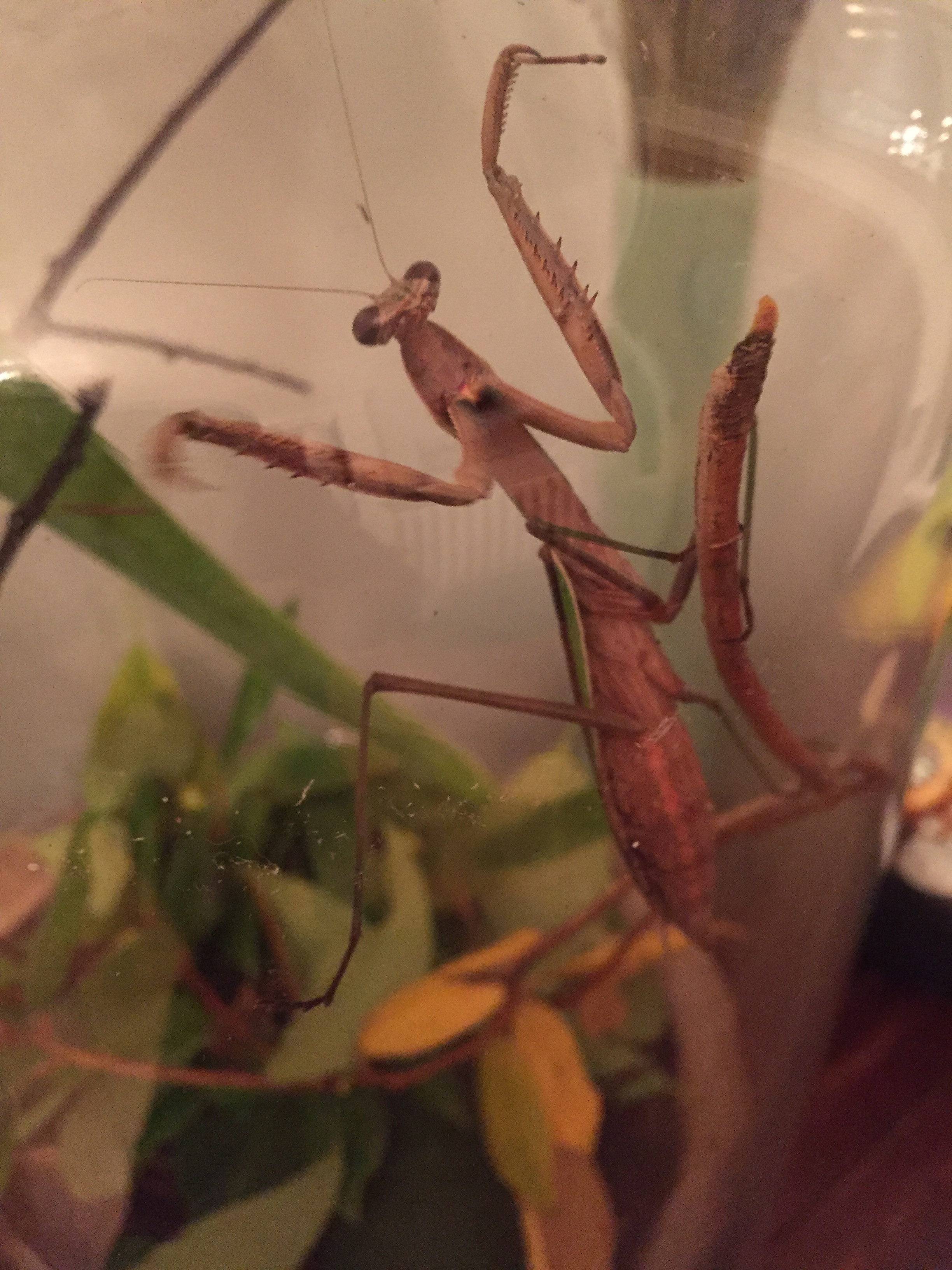 My friend found this creature in his yard and said I had to adopt it or else it would die from the cold. He told me it was called Mike. I knew he hadn’t given any real thought to the name. ‘Mike’ just starts with the same letter as ‘mantis’, that’s all.

I really, really didn’t want Mike to stay. Especially when I found out that a mantis only eats live insects. But it’s hard to condemn even a bug to death when it’s been given a name and is almost the length of your hand.

I emptied one of my glass domes and filled it with leaves and twigs and allowed Mike to make herself at home. I thought of her as female because she had such a long neck and held herself so delicately. Every so often she would stroke the glass wall of the dome with one or other of her long, skinny legs. Apart from that, she didn’t move much. She just sat there, staring at me.

I had to go to the pet store and buy live crickets. A shifty-looking employee fetched them from a back room. I tipped a couple into Mike’s dome, feeling like a murderer. Then I had to figure out what to feed the crickets in order to keep them alive long enough for Mike to eat them.

The whole thing was disturbing.

I knew Mike was eating the crickets because one day I saw half of one sticking out of her mouth. But I never saw her stalking or catching them. Either she moved too fast for the human eye to register, or else so slowly that you didn’t notice. I kept thinking she would escape and I would wake up in the middle of the night and find her on my pillow, three inches away from my face, still staring at me.

As I said, disturbing.

She was so still I didn’t realize she was dead until I saw the last surviving cricket crawl over her head. I couldn’t help feeling relieved. And then I was sorry that I wasn’t more sorry. That I’d not grown to like her, or even got past my disgust. It felt like a wasted opportunity.

But for the last surviving cricket, it probably felt like a miracle.