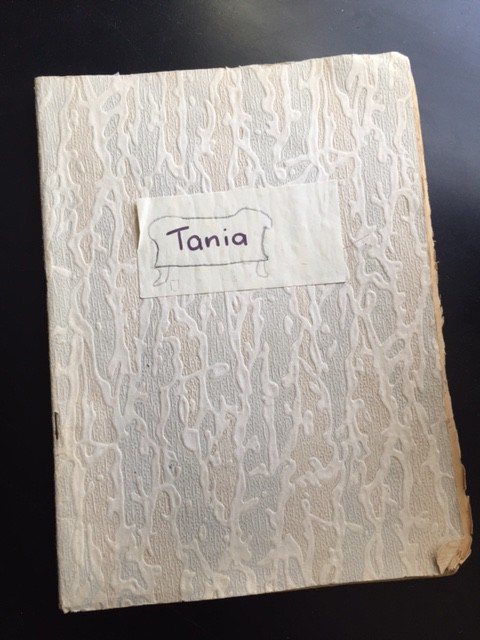 My teacher, Miss Johnson was like teachers everywhere. She was on a tight budget. She made our exercise books herself; cutting the paper and stapling it between covers made from old wallpaper samples.

Looking at her handiwork, I’m reminded of Angela again.

I wasn’t close to Angela; I hardly knew her at all. I’m not even certain that Angela was her name. But although I’ve forgotten almost everyone else who was in my class that year, Angela has stayed with me my whole life. Her memory comes at odd moments, unannounced, like a friend who needs no invitation for a visit.

She was the same age as I was, but she looked ancient; as frail and as withered as the crone in my book of fairy stories. She wore a headscarf and she sat at the back of the class and instead of doing lessons like the rest of us, she was allowed to do whatever she wanted.

What Angela wanted to do was cut up pieces of colored paper, arrange them in stacks and then staple them together to form neat little books. Day after day she sat there. Her scissors, her headscarf, her wizened hands, the little chunk of the stapler as it bit down.

I was envious of her. I would have liked to make little notebooks too.

Angela was sweet, but she was quiet, and I didn’t notice when she stopped coming to school. Then one day in morning assembly, the headmaster made an announcement. Angela had died. I didn’t really understand why or how, only that she had an illness that made her body grow old much, much faster than other people. Now I speculate that she must have had progeria – or something like it– the extremely rare genetic disorder that causes premature aging in the very young.

I think how strange it is that while I sat there in the classroom, enduring the slow hours, certain the day would never end, Angela was racing through time, her life set to a different, far crueler clock. I see her desk covered with snippets of colored paper and the pile of little notebooks, so carefully assembled.

All those empty pages, I think. All those unwritten words.