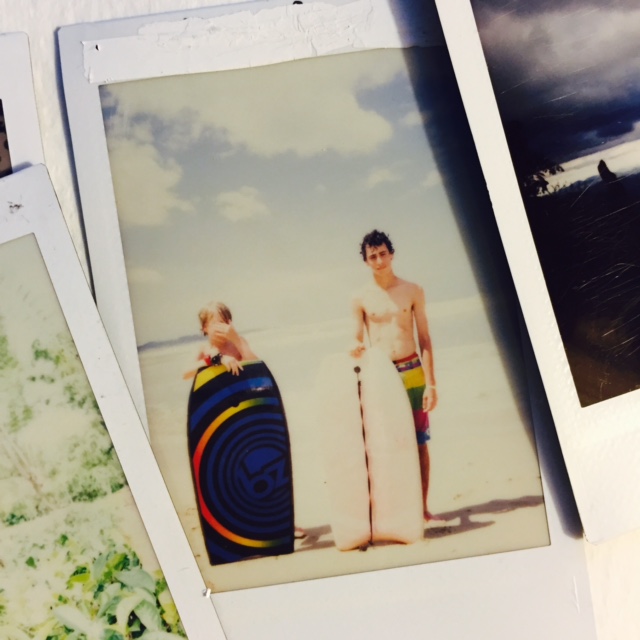 I was cleaning out the backpack I took on holiday this year and I found some Polaroid photos in one of the pockets. I like using a Polaroid camera, although it’s hard to take a really good picture with one. They often come out either over-exposed, or too dark, their subjects either very far away, or so close they’re a blur. Images are flattened, faces lose shadow, horizons fade to white. And however carefully you try to frame them, the pictures usually end up looking accidental, only random fragments of whatever it was you were trying to capture.

The photos I take with a digital camera are clear and sharp and full of detail. When I scroll through their rows, they remind me of things. They jog my memory.

But Polaroids are more like the memories themselves. I press the button, out shoots the small, glistening blank card, the image surfaces and grows fixed. It only takes a moment. Yet as I stand there with the photo still wet, it’s as if years have gone by since I took it. The lines of the beach have grown vague; the sea has lost its color. And the boys with their borrowed surfboards stand isolated now, mysteriously unreachable, already belonging to the past.