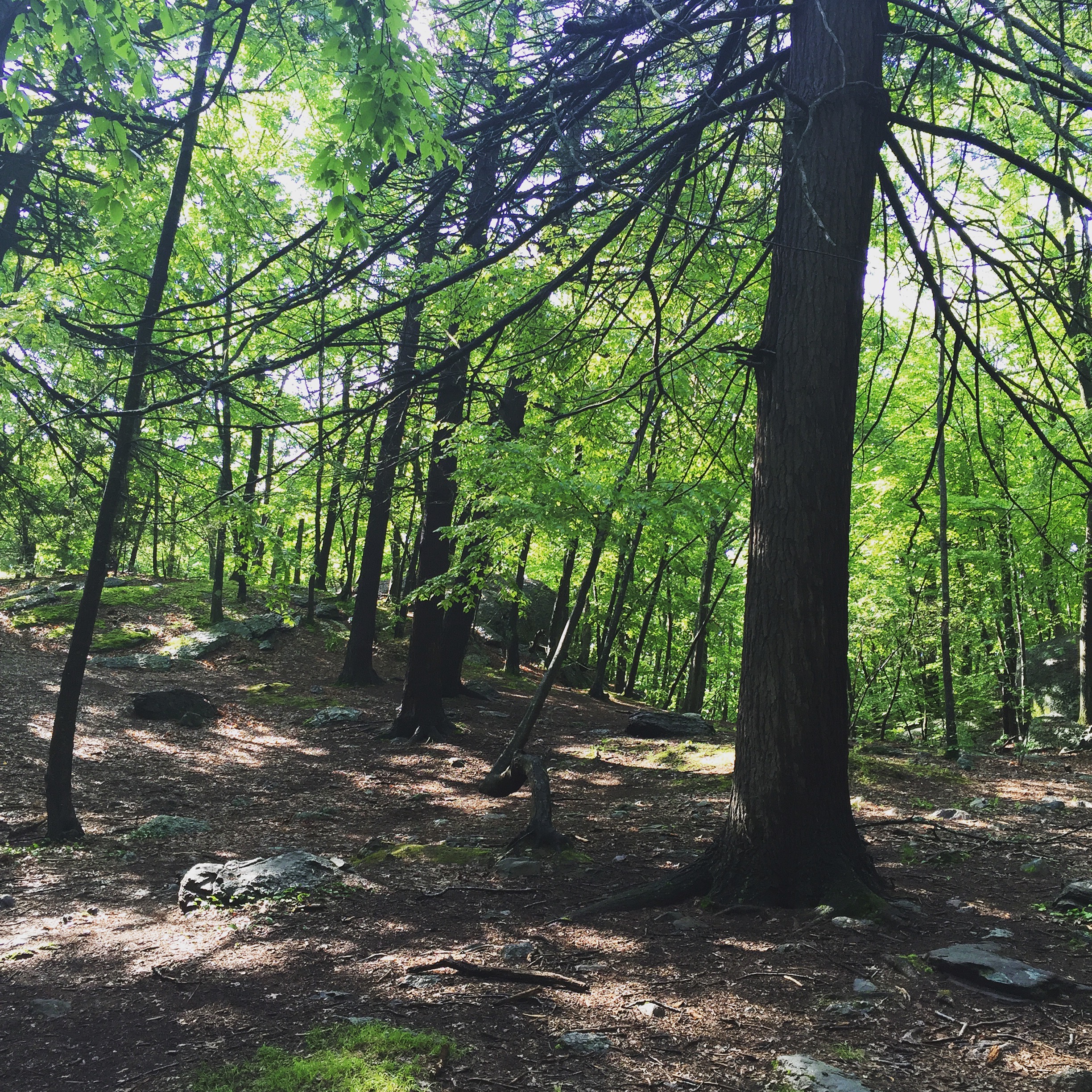 I call it the Little Forest, but it gets larger every day.

On the map it’s barely more than fifty acres. You can walk all the way through in less than ten minutes, from the parking lot at one end to the railway line at the other. I started taking the dog there because it was convenient.

I’m not sure when the Little Forest started to expand. It might have been the day I noticed several trees that were so extraordinarily beautiful that I wondered how I could have overlooked them, unless they hadn’t been there before. A little while later, the color came. The grey flare of lichen, luminous green moss, an eggshell blue as Tiffany’s.

One morning I looked down and saw a vole tunneling discreetly through the leaves. After that, I began seeing animals all the time. Woodpeckers, herons, frogs, snakes, snapping turtles in the small lake. The place was teeming with secret life. A woman told me to be careful of my dog. Coyotes had been seen in the early dawn.

One day I wandered off the path and after fifty feet I couldn’t see it any longer.

I began to come across evidence of dramatic events, although I was never quite sure what had happened. Only omens were left. Half a rabbit, wedged six feet up in the fork of a tree. A group of boulders painted with obscure symbols. An abandoned teepee made of sticks with four stones inside, arranged in a circle like tiny chairs.

Over the weeks I crisscrossed the place, and each small area became a separate country. The rocky pass, the moss-covered hill, the valley of the fallen tree, the wetlands, the dark stream. Sometimes my walk took me to the borders of the woodland and I would look up and see the road only a few feet away, and the sight always gave me a vague sense of shock. It seemed – for just a second – almost impossible that it should be there.

It had once taken me only ten minutes to walk through the Little Forest. Now it was taking twice, or three times that long.

Today the dog and I went up through the rocky pass, and crossed the valley of the fallen tree, heading for the moss-covered hill. And then, I don’t know how – perhaps I turned left instead of right around a particular rock, or walked up a slope instead of down – suddenly I wasn’t sure exactly where I was.

It had finally happened. I was lost. In an place barely more than fifty acres.

Tomorrow I may not make it back to the car at all.