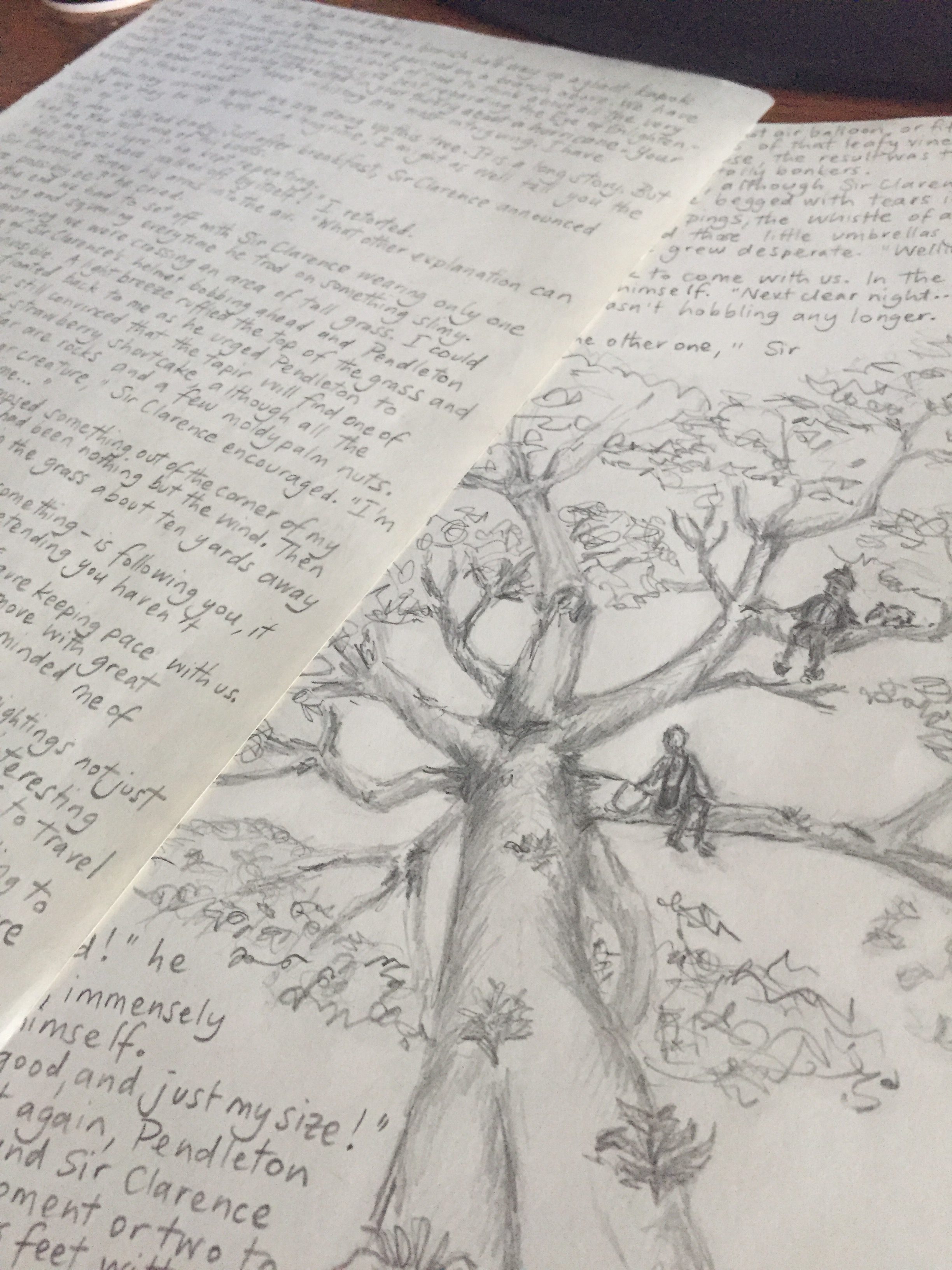 One of my fictional characters has escaped and is on the loose.

It started a few months ago when I got a letter from a reader telling me how much she’d enjoyed my latest book, Brightwood, and how Frank was her favorite character. Frank isn’t the main character in Brightwood. She’s only the imaginary friend of the main character. But she happens to be my favorite character too. I like her because she’s bossy and has an answer for (almost) everything, and because she’s completely crackers. For the whole of the book – set in a decaying English stately home – she thinks she’s in the middle of the Amazon jungle.

Anyway, it was a lovely letter so I wrote a thank you note back, and on a whim, I wrote it as Frank. The note revealed that Frank was still in the Amazon jungle and – rather annoyingly I thought – under the impression that she was the real author of Brightwood.

And that was the end of it. Except that about a week later, my reader wrote again, not to me this time, but to Frank. And her best friend wrote too, although it turned out not to be her best friend, but the imaginary friend of her best friend (a fact that made my head spin slightly) and both of them wanted to tell Frank about their adventures. Which meant that Frank then had to reply with an adventure of her own.

So she did, and more letters came.

Frank writes in pencil on bits of paper torn out from her notebook. She also draws pictures that aren’t very good, but what else can you expect from someone who has to navigate her way through swamps, outwit jaguars, and put up with Sir Clarence on a daily basis?

Every time she gets a new letter, Frank writes one back.

“You’re so kind to do this!” my reader’s mother messaged me. “The girls are so excited…”

But the truth is, it’s the girls who are being kind to me. Brightwood is finished, printed, on the shelves, and so is Frank. Or she ought to be.

Instead she’s running around, writing letters, and generally behaving as if she’s not finished, printed and on the shelves at all.

It makes me mysteriously happy. Letting go can be so hard…

One response to “The runaway”