The secret of whales 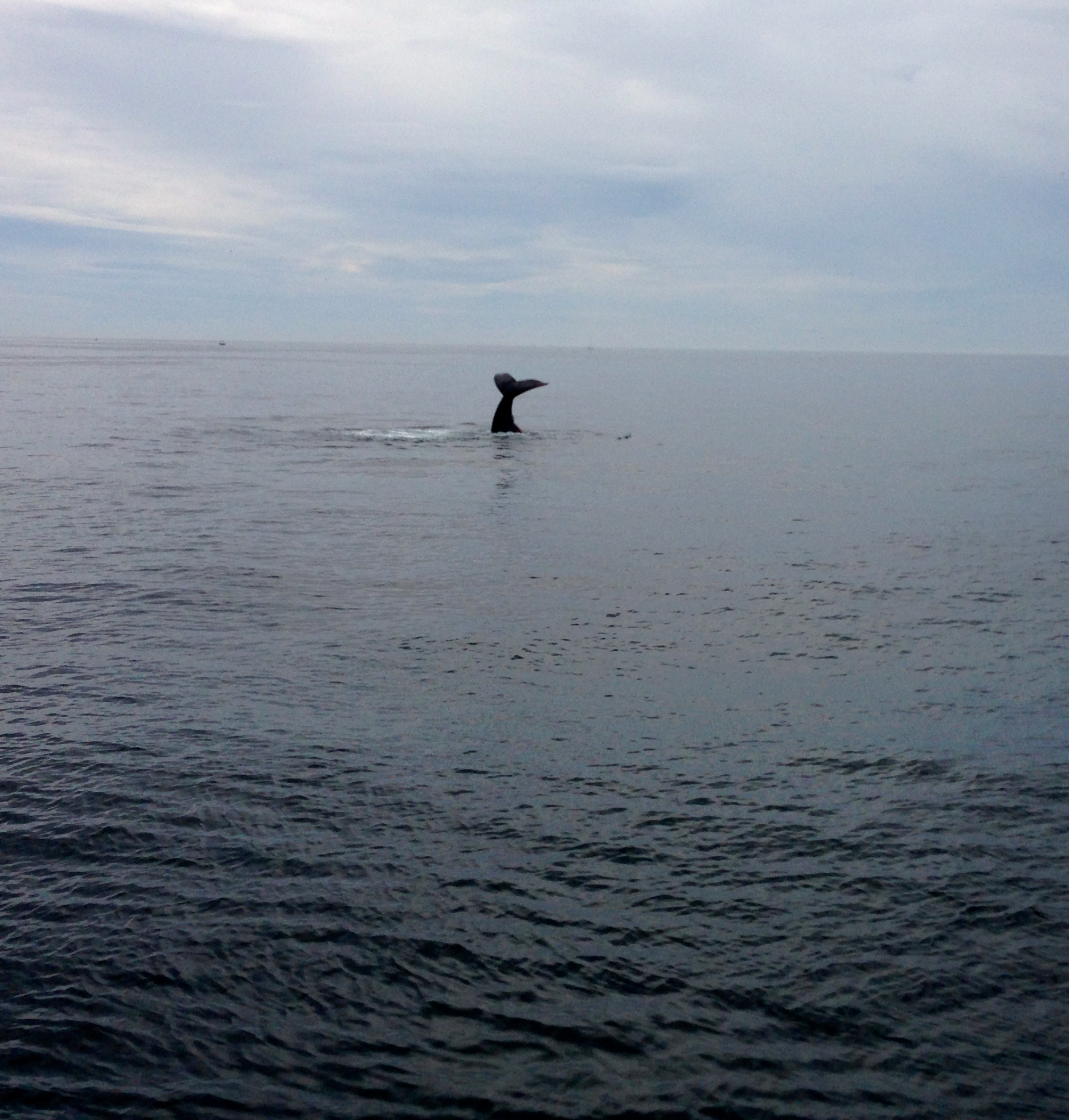 They run whale watching trips out of Boston. I’ve been dozens of times. I’ve been on trips when it seemed the ocean was full of whales as far as the eye could see and trips when all I’ve sighted  was a single spout in the distance. Once or twice I’ve seen absolutely nothing at all. But no matter what happens, I’m always eager to go out looking again.

My most recent trip was more spectacular than usual. Fourteen or fifteen humpbacks surrounded our boat. They seemed in no hurry to move on, slowed down perhaps by the presence of a calf in their midst. They circled the boat leisurely, their blowholes clearly visible, their vast, solitary breaths echoed thinly by the oohs and aahs of the watchers on deck. The calf was more curious, coming nearer and nearer to the boat as we all stood there, leaning out as far as we dared, watching as it rolled and played.

Suddenly, it came a bit too near. I saw it heading in a direct line towards me and just below it, something I’d not noticed before, the huge, dark shape of its mother, keeping guard. The calf dived and the mother turned as she reached the boat. I would have landed on her if I’d fallen overboard. I saw her huge knobby head, starred with barnacles and for a second, clear through the grass-green water, I saw her watchful eye.

She was so close but it was still just a glimpse. Too brief to sense her true size and shape, to guess her thoughts, or grasp the pattern of her wild, unfathomable life. And I was reminded again of the strange fact that the more you see of a whale, the more aware you become of what you can’t see. Of what will always be hidden and impossible to understand.

That’s why I keep going on whale watching trips.

One response to “The secret of whales”