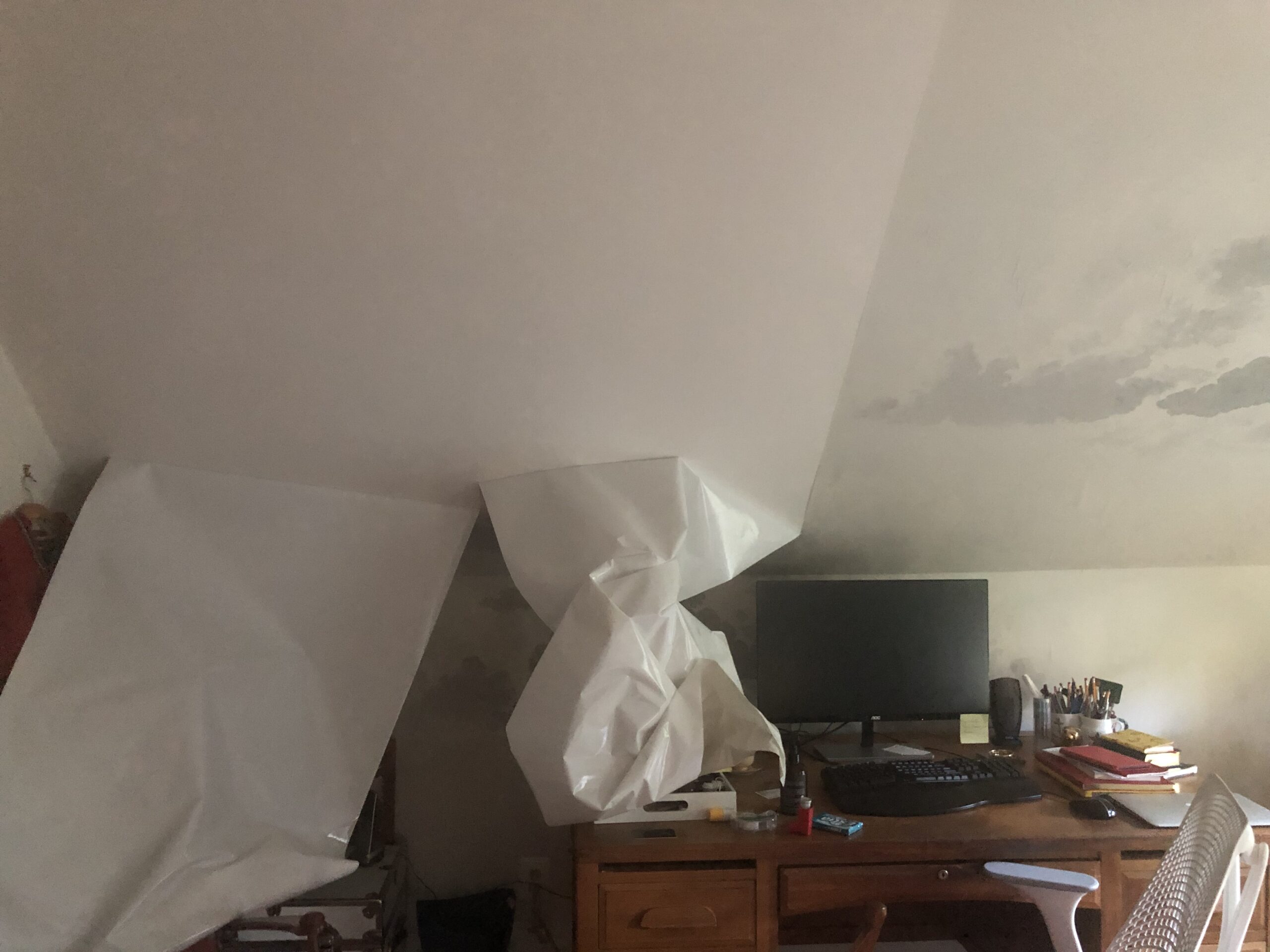 One morning – not long after my previous post – I went upstairs to my study and found that the sky had fallen down. A sign from the Gods, I thought. As if I needed one. As if I needed yet another reminder that everything I attempted was doomed to abject failure.

There is only so much time one can spend feeling sorry for oneself. It is just too dreary. Dreary and ridiculous. I untangled the mess on my desk and stuck the sky back up again, using three tubes of super-glue. Then I abandoned everything I’d been working on and started a completely new story, and although it has taken me months and months and months, I have managed – at last – to finish it. It’s called Nowhere Island and it will be coming out next summer.

I still don’t have the perfect solution to writer’s block, but I do know that it’s just a fancy term for fear. And there’s no point telling it to go away because fear doesn’t respond well to direct orders. Instead, you have to trick it.

Use another typeface. Try dictation. Write in longhand. Write in a different place or at a different time of day. If you normally work in silence, put some music on. Write standing up. Write upside down. It doesn’t matter what you do, the goal is to distract yourself long enough to get words onto the page. Will they be any good? You can worry about that tomorrow.

Decide how many words you want to write a day and then divide that number by ten. Set a timer for twenty minutes, write until it rings and then go back to your favorite form of procrastination. Repeat as many times as possible. If you have a voice in your head whispering that you are nothing but a talentless hack, confuse it into silence by agreeing. Write badly, use cliches, repeat yourself, let your sentences drift where they will. You can fix it later.

Nobody sets out to write an ordinary story or a mediocre book. Writing is too hard and too thankless a task to take on unless the stakes are high. But when pressure stops being useful and becomes paralyzing instead, try putting a little distance between yourself and the outcome. Remember that first drafts are meant to be terrible. Instead of sitting down to compose a page of immortal prose, pretend you are merely writing in your journal, or to your mother. Resist the urge to edit every single sentence before you can go on to the next. And if you can’t, do as I did, and consider buying a Freewrite, which feels as if you are working on a typewriter and doesn’t let you scroll up and down or access the internet or do anything really, except push on, regardless of mistakes and second guessing. When you’ve finished for the day, you press a button and everything you’ve written gets sent to your computer, to be edited at another time.

Anything is better than nothing because nothing can’t be fixed. It can’t be edited or rewritten. Nothing can’t even be crossed out and started all over again. Write something, even if it’s just a self-pitying rant about not being able to write. It worked for me.