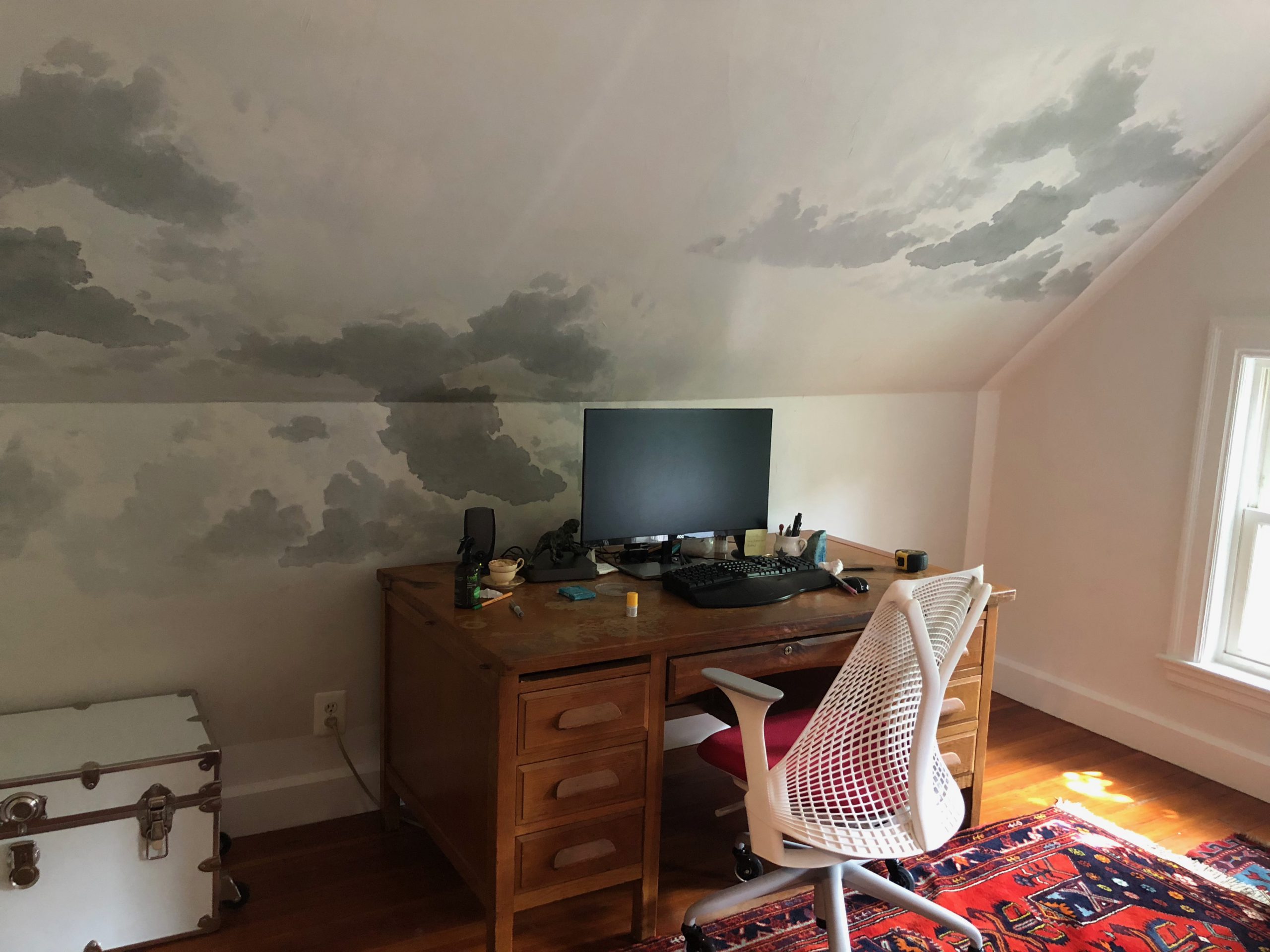 On an average day, my anxious mind will fasten itself to any number of alarms. That the world is ruled by the weak and soulless. That the skies are emptying of birds. That those I love will come to harm. That everything I do matters. That nothing I do matters. Hurricanes, plastic bottles, plunging lines on graphs, the crowing self-righteousness of strangers on my phone, the way my hands look suddenly old, the ominous yellowing of the evening sky.

Then there are the fears that come with writing, which I assume all writers have to some degree. The dread of rejection. Bad reviews. No reviews. A review on Goodreads that consists of just three letters: dnf, and a single star, in case you didn’t get the message. Doomed first drafts. Doomed fourth drafts. Arriving at a store to promote your latest book to twenty empty chairs and an old man taking the weight off his feet. Remaindered copies. Unmet advances. All the things you could be doing with your one, precious life instead.

But that’s when I’m thinking about writing. It’s different when I’m actually doing it. The fears don’t go away exactly, it’s more as if they become mysteriously irrelevant. It’s like eating ice-cream straight out of the tub, alone in the kitchen at three in the morning. You know you’re consuming thousands of calories, but they just don’t count. I get the same feeling when I write. A kind of imperviousness. I think of it as the World to Word Barrier, and up till now, I’ve always had its protection. Up till now.

I don’t know how it happened. Perhaps the press of the world’s worries grew too strong, perhaps there was a weak spot in the barrier. Whatever it was, the defenses have been breached, and fear has spilled onto the empty screen and crept over every single page of my notebook.

I can write to-do lists, and emails and (obviously) this blog, but when it comes to the thing that really matters – i.e. starting work on my next book – I’m completely paralyzed.

Something odd has happened to even the simplest of words. They have acquired extraordinary importance. Whether to use and or as well as, or to fall back on also,seems a decision of vast significance. Success or failure hangs on like rather than as if. Commas are wrecking balls, full stops the white flags of defeat. Yet despite this intransigence, all is mysteriously flimsy, as if the words and phrases, strictly parsed and hovered over, written, deleted, written again, have lost the strength to carry their own meaning.

I sit at my computer and play solitaire online. I play until my hand aches and the spit of the electronic shuffle sounds like it’s coming from the back of my head. I play until I can’t even finish one game before I start a new one, until my eyes sting and my brain reels from boredom because if I stop, I’ll have to return to the only sentence I have managed to write in a whole day.

I think maybe it will be easier if I start by simply making notes. The names of characters, snippets of scenes, perhaps a rough outline…I open my notebook to the first page, then hesitate. The page looks very large, I should have chosen a smaller book perhaps, any notes I make will seem inconsequential on that spreading acreage of paper, and where should I begin and what pen should I use? I write the working title of my new story at the top of the page, hastily close the notebook and go back to playing solitaire online.

Days go by. I stop trying to write and instead attempt to clear my head in the usual ways. Long walks, decluttering my cupboards, reading. I buy a new desk chair and a vintage map of Narnia for my study. I cook things. I spend ages putting up a panel of clouds on the sloping wall above my desk. I tell myself I am taking a break from working, although I’m not. I’m taking a break from not working, which is completely different and far worse. But either way, nothing changes. The World to Word Barrier is still down.

It’s a terrible, panicky, bewildered, lost feeling, not being able to write. It’s like arriving home to find the key to your house no longer fits the front door. You rattle at the lock, pull out the key, try turning it upside down, search through your bag in case the real key is hiding in the bottom and the one in your hand merely its evil twin, rattle the lock some more. Finally, not knowing what else to do, you retreat to a corner of the porch, trying to look as if you own the place, desperately hoping that it is still your home.

And not just somewhere that you used to live.